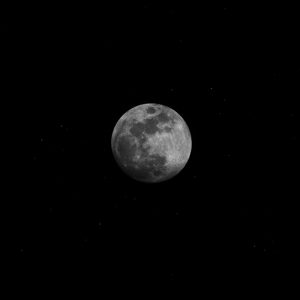 Lowell educators will share live views of the eclipse through the observatory’s 14-inch PlaneWave telescope and wide-view Vixen telescopes.

One of the most dramatic and easily viewed celestial events—a total lunar eclipse—occurs on May 26. This will be the first one since January 2019. While it will be visible only from western North America, western South America, eastern Asia, and Australia, Lowell Observatory will make it available to everyone around the world with the 2021 Lunar Eclipse Live Stream. This free event runs from 2:30 a.m. – 4:25 a.m. PDT on May 26th.

Lowell educators will share live views of the eclipse through the observatory’s 14-inch PlaneWave telescope and wide-view Vixen telescopes. Partial eclipse begins at 2:44 a.m. PDT and totality lasts from 4:11 a.m. – 4:24 a.m. PDT. Educators will also discuss the science of eclipses, the best ways to view them, Lowell’s history with the Moon, and much more.

Information, including an event link, is at https://lowell.edu/event/streaming-lunar-eclipse-live/?instance_id=1597

Lunar eclipses occur only when the Moon is in its full phase, whereas solar eclipses take place only when the Moon is new. A full Moon happens when it is opposite the Sun, with Earth in between the two bodies. Thus, when the Moon is full, it will be rising on the eastern horizon as the Sun is setting on the western horizon. The alignment of the three bodies is usually a bit off kilter but occasionally, the three line up just right so that Earth is in the path of the Sun and blocks its light from reaching the Moon. The result of the Moon’s passing through Earth’s shadow is a darkening of the Moon, or lunar eclipse. The deeper into the shadow the Moon moves, the greater the eclipse. If the entire surface of the Moon moves into shadow, then a total lunar eclipse occurs.

During a lunar eclipse, Earth’s shadow consists of two parts. The penumbra is the lighter, outside portion of the shadow and fairly difficult to detect. The umbra is the darker, central part of the shadow. Its appearance—starting at 2:44 a.m. PDT on May 26—is far more prominent and, for most people, indicates the true beginning of the eclipse. This shadow will enlarge and pass across the Moon until 4:11 a.m. PDT, when the Moon will be completely in the shadow of Earth and thus totally eclipsed. Totality will last about 14 minutes, ending at 4:24 a.m. PDT. The Moon will then slowly brighten as the shadow continues to migrate. The Moon will still be partly eclipsed when it sets at 5:23 a.m. PDT.

Chinese observers apparently made the first written record of a lunar eclipse in 1136 B.C., though eclipse mythology existed hundreds of years before this. Most early explanations for the phenomenon were absurd in the light of modern science. Monsters and spirits of various forms were frequently blamed. In around 520 B.C., the Greek philosopher Anaxogoras revealed the true cause. For his troubles, he was labeled an atheist and thrown in jail.

Other early observers noticed Earth’s shadow was crescent-shaped, proving that Earth is spherical. If it was flat, its shadow could not be crescent-shaped but would instead be straight.