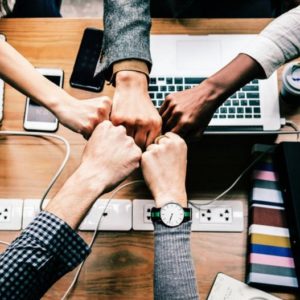 Momentum may have best been described by Sir Isaac Newton, only he called it inertia: An object at rest stays at rest and an object in motion stays in motion with the same speed and in the same direction unless acted upon by an unbalanced force. I wouldn’t go so far as to call your boss, supervisor or team leader an unbalanced force, but who would argue with Sir Newton?

Scott Cochrane wouldn’t. He is the vice president of International Ministries, Willow Creek Association. He says loss of momentum is always about leadership. His list of ways to kill momentum include: overplanning, dragging out decisions, not communicating results and reorganizing.

Leaders who are afraid to make a move will stay very busy overplanning. They may do copious amounts of research, conduct an exhausting exercise of “checking in” with associates, schedule a nauseating number of meetings and still not make a decision. They may be perfectionists or people pleasers, but they are not decision makers, effective leaders or motivators. I once worked for a director of an organization who filled her calendar with meetings. I believe she thought staying busy meant work was getting done. What it did was stop others completely – so they could attend her meetings – and build a lot of resentment.

Not communicating results is confusing, but I would say disrespectful, too, and can make momentum’s head spin. I know a general manager who was in the habit of nominating her team’s projects for awards, but didn’t share that information with the team members. They had no idea their work was being appreciated and certainly had no feedback that their efforts were worthy of national recognition. I don’t know if she was trying to protect them from disappointment, but it does feel good just to be nominated. Why miss out on that encouragement?

Reorganizing is something that seems to be the right of every new leader, and it might even be necessary, but it’s hard to keep energy flowing in one purposeful direction when your desk, chair and file cabinets are being driven somewhere else. Think about the last time you moved into a new home. Finding a coffee mug and a clean spoon can become a time-consuming, energy-sapping exercise. I worked with an organization that was constantly moving people in and out of offices, up and down floors and even into different buildings. In four years, I can count at least four different office moves.

Business coach Tony Robbins says momentum is something that we can create and also break. He calls momentum the force that pushes passionate people to get excited and successful people to breed further success. Aligning with Sir Newton, he calls momentum “the business of physics success.”

To manifest the magic of momentum, Robbins offers three steps: 1) Get obsessively excited. 2) Go get the best tools, mentors and plan. 3) Follow through like there’s no turning back. Rather than being afraid to make a move, he says, “Overachievers are more afraid of what life will be like if we don’t follow through!”

President John F. Kennedy may well have been the momentum poster child of the 1960s when he said, “We choose to go to the Moon.” That momentum continues to be felt this year as the world marks the 50th anniversary of the Apollo 11 Moon landing and Neil Armstrong’s “one small step.”

Robbins suggests momentum can make the difference between making a living and designing a life, which may be well worth steering clear of unbalanced forces. QCBN