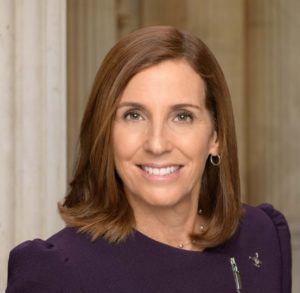 Broadband access is critical for local economies and small businesses and is a cornerstone to improving education, tele-health services, and job-training opportunities. Yet, too many people who live in rural Tribal communities do not have consistent access to high-speed broadband.

“As coronavirus has forced schools and businesses to go remote, the digital divide in Arizona’s Native American communities has sharpened,” said McSally. “Our bill will help bridge that divide by investing in broadband connectivity and improving internet access in Native American communities over time so that our tribal students and families have greater access to quality education, jobs, and other public resources.”

“The COVID-19 pandemic continues to show the true impact of disparities that tribal schools and students have been facing – including the lack of access to high-speed internet. Unfortunately, an alarming percentage of rural tribal communities in New Mexico lack access to broadband internet, which means less access to educational, health, and career-related resources,” said Heinrich. “The Tribal Connect Act is an investment in broadband connectivity in Indian Country so all of our students and children can compete on an even playing field and learn the skills they need to succeed in the 21st century. By connecting more tribes to the E-rate program, we can strengthen broadband across rural New Mexico to improve education and access to public health resources, and boost our economy.”

“Even before the COVID-19 pandemic, residents of Tribal lands faced a digital divide that undermined their ability to learn, work, and access economic opportunities online. The public health emergency has only exacerbated these disparities,” said Luján. “This commonsense legislation leverages Tribal libraries and anchor institutions like chapter houses and community centers to bring high-speed broadband to these long-underserved communities. I look forward to working with my bipartisan colleagues to get this bill passed.”

“More than half of individuals living on rural Tribal land don’t have access to high-speed internet,” said Mullin. “The unfortunate result is Tribal students and community members find themselves significantly behind the digital curve. The Tribal Connect Act aims to increase access to broadband in Tribal areas by removing barriers to E-rate program grants and providing Tribal schools and libraries a better opportunity to obtain more affordable, more reliable internet.”

The Tribal Connect Act would amend current E-rate eligibility requirements to allow more tribal libraries to apply for the program and would establish $100 million pilot program to invest in broadband access for Tribal communities without libraries. The bill also allows Tribal Colleges and Universities to become eligible for E-rate support.

“We appreciate the leadership of Senator Heinrich and Senator McSally for introducing the Tribal Connect Act of 2020 that will help close the digital divide with Tribal communities. The Tribal Connect Act would, for the first time, make our community centers eligible for the same FCC e-rate program that has provided distance-learning, job training, and other crucial services to other communities across the United States. What COVID-19 has taught us is that access to high speed internet is lifesaving and it is urgently needed more now than ever on the Navajo Nation,” said Navajo Nation President Jonathan Nez.

“Tribal communities and their libraries have shamefully poor access to broadband—by far, the worst for any group in the U.S. The Tribal Connect Act would immediately address barriers that prevent many tribal libraries from securing affordable high-capacity broadband required to provide services their communities rely on. The Tribal Connect Act would help ensure equitable access to educational and economic opportunity for Native Americans and Alaskan Natives that has been out of reach for far too long. The American Library Association applauds Senator Heinrich’s introduction of this timely legislation,” said American Library Association President Julius Jefferson.

“We applaud the acknowledgment of tribal sovereignty by affirming that the governing tribal entity determines library eligibility,” said Cindy Hohl with the American Indian Library Association.

A copy of the bill is available here. 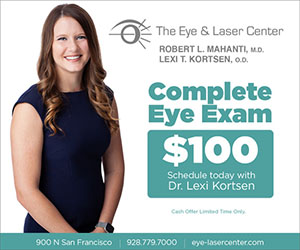