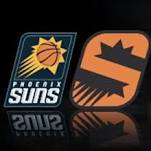 Northern Arizona University will host the Phoenix Suns Training Camp for the third consecutive season. The Suns report for training camp on the Flagstaff campus today through October 3.

The City of Flagstaff has hosted the Suns’ training camp for the third straight year and the 19thoverall, after the Suns returned in 2013 for the first time since 2004. Phoenix’s first trip to Flagstaff for training camp was in 1986. It was also the first training camp as a player for current head coach Jeff Hornacek.

“We are excited that the Phoenix Suns have once again decided to hold their training camp on the campus of Northern Arizona University,” said Vice President for Intercollegiate Athletics Dr. Lisa Campos. “Our partnership with the Suns organization continues to grow stronger each year. We are happy that the Suns have decided to return.”

NAU is the Official Education Partner of the Phoenix Suns and Mercury; an agreement that was announced in January of 2014.

“We are thrilled to welcome the Suns back to NAU and to Flagstaff,” said NAU President Rita Cheng. “Their presence on our campus puts an exclamation point on our educational partnership and brings energy to the entire community. We look forward to another great season together.”

The training camp workout schedule begins at the Rolle Activity Center on Tuesday, Sept. 29, and continues through Saturday, Oct. 3. The team will not hold a public scrimmage this year.

The Suns hit the court on Wednesday, Oct. 7 at 7 p.m. when they host the Sacramento Kings to open up preseason play at Talking Stick Resort Arena. The suns embark on their 48th NBA season.