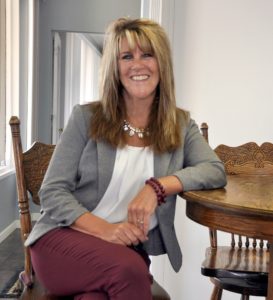 Summer is almost over and our 2015 taxes, if the individual has not filed for an extension, have already been filed. Taxes are not even a thought… until you receive a letter from the Internal Revenue Service. Generally, this is the time of year when individuals begin to receive letters if their tax return is in question. The letters typically question items on your tax return from two-plus years ago. Unfortunately, the amount due is not just the tax owed, but also the penalties and interest that the IRS says you owe – and that amount can really catch your attention. Or, perhaps you filed your 2015 taxes and had a balance due when you filed your taxes. You mail off your check with the payment voucher shortly after the return was due and the IRS sends you a letter stating there were additional penalties and interest assessed for not paying the tax on time. Sometimes these penalties are minimal, but I have seen a penalty that was almost as much as the tax itself!

The formula of how these penalties are assessed can become confusing and overwhelming to understand. Just know that if you do have a balance due, on top of the interest the government is charging you, there are also penalties accumulating every day. This may seem unfair and maybe excessive. I can understand why the interest is added, but to also be charged with a penalty – and who knows how much the penalty will be? However, there could possibly be some good news for the taxpayer who has dealt with these penalties and relief might be available.

Here are a few things you need to ask yourself when considering if this is the right time for you to request a penalty abatement:
• If any monies are due to the IRS and you are on an installment agreement, this would not be a time to ask for penalty abatement. Wait until the total tax is paid because penalties accrue on a monthly basis and you’ll want to maximize the amount of penalty to be removed.
• If you do not have a balance due and it has been less than two years since the tax was paid in full, then you could potentially be a good candidate for this first time abatement. I state two years because the IRS typically does not issue refunds two years after the tax is paid. For example, if you had a balance due in 2010 and you paid that balance off on Aug. 30, 2014, you would have until Aug. 30, 2016 to request a refund.

There are other reasons penalties can be abated if you have already had a “first time penalty abatement.” Unfortunately, it is more complicated and generally needs to be a written request.

The bottom line is – if you have paid the IRS taxes within the last few years, you could potentially have some money available to you and it might be worth your time and effort to research this opportunity. FBN