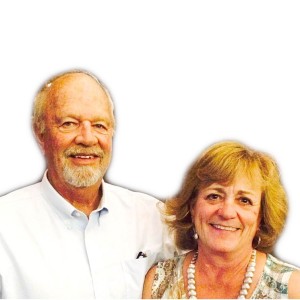 Babbitt Riordan’s annual Red and Pink Valentine’s Party is a real heart stopper! Everyone who is anyone in Flagstaff is there for this yearly celebration of lovers and love! The wine is flowing. Music fills the air. Everything is perfect until a body hits the floor. At that moment, every guest is a suspect and a sleuth as they help Detective Richard Dick find the killer before the party is over and the killer escapes.

“My Deadly Valentine” is the latest Murder Mystery Dinner Theater at the Weatherford Hotel, written and directed by Canyon Moon Theatre’s Mary Guaraldi. The scene is set for 6 p.m. on Saturday, Feb. 10.

“The murder mysteries are so popular. They are a fun, wholesome thing to do,” says Weatherford Hotel Events Coordinator Klaudia Ness. “We have brought back dinner and a show and I think people really love that, being at the Weatherford with the rich history of Arizona’s longest continuously operated hotel. The haunted aspects of the building are also a great draw for this kind of entertainment and Mary writes our scripts specifically for the Weatherford Hotel.”

Part of the fun is that the dinner guests dress in the style of the era or the setting. For example, we had a murder mystery called “My Big Fat Weatherford Wedding” where guests dressed as though they were attending a 1930s wedding. Dinner guests for February’s event are invited to don their best pink and red attire.

“It’s an interactive, immersive evening of entertainment with multiple actors providing a somewhat scripted, somewhat improvised performance,” said Theatrikos Theatre Company Executive Director Drew Purcell. “Someone is killed off or a crime is committed early on in a humorous way. Clues are provided throughout the evening to help audience members try to solve the mystery.”

“Our professional actors are all very good at improvisation and it’s not clear who the actors are and who the guests are, especially at the beginning when everyone’s mingling,” says Guaraldi.

The Murder Mystery Dinner includes the performance and a four-course meal complete with dessert. Drinks, taxes, and gratuity are not included. There is limited seating and the event sells out, so those interested are encouraged to buy invitations (dinner theater tickets) early, which are $50 per person, by calling 928-779-1919 x 430. A portion of the proceeds benefit the TheatriKids youth program in Flagstaff.

“Mary does a fantastic job writing, directing, and producing these murder mysteries with her team, and no one in Flagstaff can organize an event like Klaudia Ness at the Hotel Weatherford, who was recently voted the Best in Flag Event Planner,” said Purcell. “I’m looking forward to catching more of these shows!”

“My Deadly Valentine” will be performed in Charly’s Pub in the hotel located at 23 N. Leroux. For more information, visit www.weatherfordhotel.com.

By Sam Green and Henry Taylor