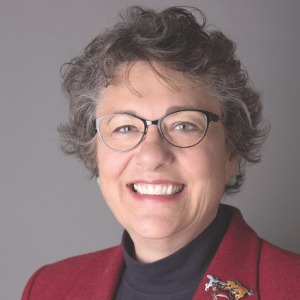 It’s the start of a new fiscal year for local government in Arizona. Our new fiscal year here in Coconino County starts July 1, and as a result of decisions on the state level, the county faces new expenses.

The Coconino County Board of Supervisors approved the county’s FY2016 budget during a special session June 23. The budget, totaling approximately $175 million, reflects a $26 million decrease from the previous year. This is primarily because of a reduction in federal and state grants used to fund final Schultz flood mitigation projects.

During the recent budget review, the board’s primary focus was continuing current programs, including road projects, and funding programs for our most vulnerable county residents, such as home health care for senior citizens, temporary housing for youth, and backfilling the loss of resources from the state in criminal justice system departments. The board also approved budgets for 15 special districts and the Fire District Assistance Tax (as state law requires).

The state budget recently adopted by the Arizona Legislature made a significant policy change that now requires counties to start paying for two additional state programs: the Department of Juvenile Corrections and the Department of Revenue. These are new expenses for counties because the state – which used to cover these costs — chose to shift the cost to counties.

In addition, the county has additional expenses as a result of new laws the State Legislature passed, which mandate services or reduce county revenues — the latest is a requirement for county taxpayers to subsidize the cost of conducting the 2016 Presidential Preference Primary, which will cost Coconino County taxpayers an estimated $162,500. The impact of statutory mandates varies across counties because of a significant spread in the primary property tax rate and sales tax rates. Here in Coconino County, we have the third lowest primary property tax rate among the 15 counties in Arizona. That means that our county has a more difficult time absorbing these increased costs.

Looking ahead into FY2016, the state will take from Coconino County more than $5 million to fund various state programs including AHCCCS, ALTCS, Title 36, Arizona Department of Juvenile Corrections, Arizona Department of Revenue, Arizona State Hospital and others. This equates to 60 percent of the County General Fund tax levy, or 60 cents of every county tax dollar (excluding the Public Health Service District). In other words, from every tax dollar the county collects, we must spend 60 cents on state programs.

When the tax levies for the Public Health Services District and the General Fund are combined, the impact is 42 percent, or 42 cents of every dollar going to the state instead of funding local county services.

Despite the challenges of reduced funds from the state and increased expenses from the state, the county is able to continue road construction and maintenance projects. Because Coconino County citizens voted to pass Proposition 403 in the November 2014 election, we have a three-tenths-of-a-cent sales tax that will generate close to $8 million in Fiscal Year 2016 and will be used exclusively to fund road improvement projects, strengthening our community infrastructure. This means $8 million of projects and jobs in our county, and ensures the health of the important road system. FBN