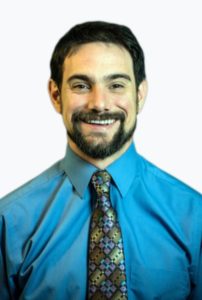 You risk your lives and well-being to protect us, and I am grateful we have the best people on the job to defend Flagstaff.

We have gotten a lot done at City Hall that I’m excited to share. We recently passed the final budget, which, among many things, included funding for a fully functioning alternative policing crisis response for three years, whereby a medic and social work professional will respond to 911 calls that are not criminal in nature. Calls for a mental health crisis, homelessness, public intoxication, etc., will now be diverted as appropriate to this alternative response team, reducing the call volume for police and allowing them to focus more on criminal issues in our community.

For the first time ever, $1.4 million was allocated to expand our broadband internet infrastructure, which, with matching grant funds, will give us a big start to fulfilling our Broadband Master Plan. One great part about this large investment is that we have a huge opportunity to turn it into a new revenue stream for the city that we’ve never had before. Other cities have been able to lease out their broadband conduit and fiber to private companies and other government agencies, and are seeing a return on investment while providing economic opportunities to constituents.

With the final vote of the budget, we increased pay for the average City of Flagstaff staff member by 3.5%, and were able to make an especially important increase to our firefighters’ pay, with an average of a 5.9% raise. As they protect our community from the existential threat of fire, we must do more than speak words of gratitude, and I am happy that our city leadership and City Council put our money where our mouths are in this regard.

We will be going back to in-person City Council meetings shortly with some added benefits. Public participants will be able to speak in person or still call in. Additionally, closed caption has now been funded and will be available through the live stream so that community members who are deaf or hard of hearing have greater access to participate and know what we are up to as an elected body.

I want to thank the dozens of volunteers who showed up to rake and haul pine needles out of our city neighborhoods and our surrounding community during the threat of the Rafael Fire. Our community really stepped up. On Saturday, June 26, pine needles and green waste were removed from 25 homes of those in need in Kachina Village. This was done also on Thursday, June 24, where dozens helped to clear out the University Heights neighborhood. Thank you to the Northern Arizona Covenant of Churches, the Community Fire Education Project, all the city and county staff, and all the individual volunteers who helped clear out areas that were expected to be in the line of fire.

As I conclude, I just want to give my heartfelt thanks to our firefighters. You risk your lives and well-being to protect us, and I am grateful we have the best people on the job to defend Flagstaff. Stay safe and Godspeed. FBN

Paul Deasy is the mayor of Flagstaff.