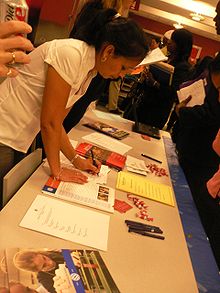 The aging of mainly Caucasian Americans born after World War II, along with an immigration increase in the racial and ethnic composition of the country, “have huge implications” for how employers “allocate resources and make decisions about education, training and hiring,” according to a March Brookings Institution analysis.

“As Minnesota and the region go, so goes the nation, which is becoming ever more diversified, with an overall decline in the percentage of whites, and increase in people of color,” states author Jennifer Bradley in “The Changing Face of the Heartland: Preparing America’s Diverse Workforce for Tomorrow.”

Immigration, long driving Minnesota’s growth, has transformed for decades from Scandinavians and Germans to “a surprisingly wide array of countries and communities, and these more recent immigrants tend to be people of color rather than whites,” Bradley explains. Minnesota, she reports, is home to a 21 percent share each of Southeast Asians and Africans, compared to the respective 10 percent and four percent of the total U.S. population.

The resulting educational and employment gaps between the races are significant, she notes, with 85 percent of whites in Minnesota graduating from high school on time in 2013, compared to 58 percent of Hispanics, 57 percent of blacks (U.S.-born and immigrants), and 49 percent of Native Americans. The Twin Cities of Minneapolis-St. Paul maintain the nation’s largest employment gap among working-age whites (79 percent) compared to working-age people of color (65 percent).

Those distinctions, the study continues, point to a lack of action through the years to remedy the situation, which worsened during the Great Recession. While several organizations and grants fund educational and employment preparedness and opportunities for non-white residents, Bradley’s work acknowledges that a more rapid pace of improvement is necessary to sustain Minnesota’s growth, and likely that of the nation.

A study by the McKinsey Global Institute (MGI) in 2012 identified 40 million workers across the advanced economies of the world as being unemployed, while examining five long range forces influencing employment: technology and the changing nature of work, skill mismatches, geographic mismatches, untapped talent and disparity in income growth. Those five forces significantly impact incomes, especially among poorer individuals, who face low or declining levels of income growth and corresponding declines in living standards and social stability.

“In 2011, when U.S. employment exceeded nine percent, an MGI survey found that 30 percent of U.S. companies had positions open for more than six months that they could not fill…Despite rising educational attainment across most advanced economies, by 2020, the U.S. may have 1.5 million too few workers with college or graduate degrees and nearly six million too many who have not completed high school,” MGI reports.

The “growing pools of underused talent” include older workers, women and youth, according to MGI, especially “young people who leave school without the skills they need to be hired or who never land an entry-level job where they can acquire skills suffer lifelong learning handicaps and are more likely to require social services.”

Persons below the poverty level between 2009 and 2013 in Flagstaff totaled 24.6 percent, according to the U.S. Census Bureau, equaling 16,892 people in the total 2013 estimated population of 68,667. Median 2009-2013 household income was $49,771, representing the point at which half of all households were below and half above the referenced level. Federal poverty guidelines include individuals earning $11,770 a year and four-person households at $24,250 a year.

In the aftermath of the Great Recession, Arizona business growth trudges along. Legislators speaking to a business audience last month in Prescott Valley identified an uptick, especially in sales of homes and cars.

Characterizing the economy at that session as “moving forward,” Arizona District 1 Rep. Karen Fann praised Gov. Doug Ducey’s efforts to improve the state’s economy. The governor, she said, is “pro-economic development, pro-business” and working toward a “number one goal to put Arizona back on economic sound footing.”

Agreeing that the economy is on a positive track, Arizona District 1 Sen. Steve Pierce lamented the pace, noting that it is “a little bit better than 2009 and 2010, but not like it should be. We are not where we want to be. The state is stretched for funds, just like you and me.”

In Flagstaff, the average hourly wage of $19.57, reported by the U.S. Department of Labor’s Bureau of Labor Statistics in May, is about 14 percent below the national average of $22.71. Of the 22 major occupational groups reported, only two – healthcare practitioner and food preparation/serving related, at $15.42 and $11.35 respectively ― exceeded the national average. Legal, management and computer and mathematical were among the 12 groups with wages paid significantly lower than the national average.

Jobs themselves in Flagstaff remain more highly concentrated than the national average in four of the occupational groups; most notably, food preparation and serving related, and life, physical and social science.

The state’s focus on Career and Technical Education Centers (CTECs) and Joint Technical Education Districts (JTEDs) offers training and additional opportunities for careers not requiring a four-year degree, while the university sector continues to expand its offerings. The complexion of Flagstaff is changing, experts note, but not on the Minnesota-driven fast track. FBN