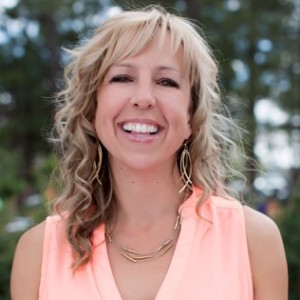 In the spirit of this, I think we might want to bring back one of the staples of the previous century’s war efforts – the victory garden.

If the phrase is new to you, it might be because the last time there was a big push for victory gardens was World War II, when it is estimated that U.S. households grew about a third of all the produce consumed.

The movement was promoted by the government as a way to reduce pressure on the public food supply and to boost morale. There were all sorts of feel-good posters promoting the effort with headlines like: Our Food is Fighting, Dig for Victory and Sow the Seeds of Victory.

It was a very practical undertaking; wars often result in food rationing, and a victory garden was a way of growing what you might not be able to buy in the store.

Interestingly, the intellectual father of the victory garden (and, while we’re at it, the whole farm-to-table movement) was George Washington Carver. You probably remember him from your school days as the gentleman who figured out so many things to do with the peanut. The 19th century agricultural trailblazer wanted to help poor crop farmers improve their lives by reserving some of their land for growing their own food. It wasn’t a world war Carver was battling, but a fight against poverty and waste.

So, why pursue a victory garden now? At this point, we really aren’t facing a shortage of produce. The nation’s farmers are still working and there don’t seem to be any real snags in that particular supply chain.

COVID-19, however, has created some quirks in the way people buy things. Do you remember a few weeks ago when it was almost impossible to find eggs? There really wasn’t an egg shortage; those empty refrigerated shelves were the result of a lot of “stress baking” compounded by panicked buying when people thought the eggs would run out.

Your victory garden can be a hedge against this type of stockpiling. And just like any food gardening, a victory garden ensures that your produce is fresh and doesn’t include any chemicals you wouldn’t want to include in something you plan to eat.

Plus, tending your victory garden will get you outdoors and enjoying the fresh air. Don’t underestimate all the psychological benefits of growing something at a time when we all are a little cabin crazy and way too attached to our technological devices.

Spring in Northern Arizona can prove challenging for vegetable gardeners, but there are plenty of things you can plant now and enjoy pretty quickly.

If you haven’t grown a food garden before, there are four basic things you need to get started: sunlight, good soil, water and plants or seeds. Pick a spot that gets a decent amount of sun. If you aren’t sure if your soil is optimal, test it and then amend it by adding the elements that are missing. We can help you here at Warner’s with both test kits and advice on how to achieve the balance of nitrogen, phosphorus and potassium that plants need in order to thrive.

Then, it’s a matter of planting and making sure you water properly, without overwatering your garden. Remember, water is vital for your garden’s success, but your plant’s roots are like lungs and will drown if overwatered.

You can start some foods in spring in containers or your windowsill for several weeks before putting them in the ground. (Which will be helpful if we get a frosty evening; you can bring a container into your house easily if the temperatures are going to dip below 32 degrees.) These include tomatoes, peppers, eggplants, strawberries and melons.

If you’re not sure which fruits and veggies you might want to include in your victory garden, please visit us at Warner’s Nursery (just don’t take it personally if we stay six feet away). Also, you can call us and make an order over the phone for curbside pickup of the items you need to create a beautiful – and tasty – garden this year. Happy gardening! FBN

One Response to Time to Bring Back the ‘Victory Garden’