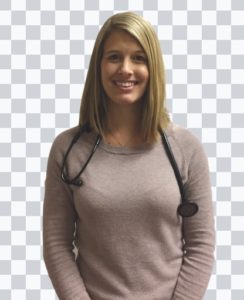 The thought of having wild rats in your house may be disturbing, but before you rush out to buy rat poison, there is some information you should know about what you are bringing into your home. Rat poison has been the cause of death of many pets because owners did not know what to watch for or did not know what to do if their pet ingested the poison.

Rodenticides are chemicals used to kill rodents. They are generally made to look like food so rats will want to eat them, but this means they are also appealing to pets as well. Because animals are color-blind, the blue/green color of the rodenticides does not alarm them, but it can serve as an indicator to us as to whether or not they ate it. There are several different types of rodenticides, which include anticoagulant rodenticides, Bromethalin, Vitamin D analogs and Strychnine and Zinc Phosphide, which are gopher baits. It is very important to keep the original packaging from your rodenticides so that you can tell your veterinarian exactly which chemical your pet ingested.

Anticoagulant rodenticides are probably the safest rodenticides because there is a readily available antidote. However, if ingestion is not noticed right away or the symptoms are misread, an animal that goes untreated has a high risk of death. These types of rat poisons destroy the ability of the body to heal broken blood vessels with blood clots. Even the smallest bit of trauma to the body can cause life-threatening bleeding. Symptoms of poisoning include bloody stool, bloody nose, respiratory difficulties, pale gums or the animal seems weak or cold. Symptoms of anticoagulant rodenticides may not be noticed until several days after ingestion so catching the pet eating the poison is important. The antidote for anticoagulant rodenticides is Vitamin K, to be given as an injection and an oral medication. Bloodwork should be done at the time of poisoning, as well as 48 hours after the last pill is given.

Another common type of rodenticide is Bromethalin. Bromethalin attacks the body’s ability to produce enough energy to activate ion channel pumps throughout the body, in the brain in particular. This can lead to electrolyte imbalance and eventually cerebral edema, or fluid on the brain. Symptoms don’t usually start occurring until two to seven days after ingestion, but they can occur as soon as two hours after. These symptoms include loss of appetite, muscle tremors, hind leg paralysis, central nervous system depression and even seizures and coma. The best way to treat Bromethalin toxicity is to induce vomiting and then have the animal swallow activated charcoal and an osmotic cathartic. The charcoal will absorb any poison in the digestive system, and the cathartic will evacuate the bowels. This should be done every four to six hours for 48 hours. Other medications can be given to reduce tremors and seizures.

Rat poisons are incredibly dangerous to the health of your pet. If you have rodent problems, the safest means of extermination is to hire a professional exterminator. FBN