You are here: Home / Columnists / Asking Voters to Decide 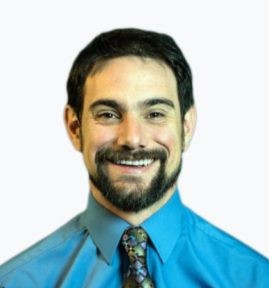 The people are the boss, and I believe that this should go to the voters for a decision.

Council salaries are on the table for discussion right now. The proposal would increase councilmember salaries from $25,500 to $63,800 in just two years.  Mayor pay would increase from $38,500 to $70,180 in the same timeframe. Personally, I believe an increase of this magnitude should not be decided by Flagstaff City Council. In any regular job, you have to go to your boss to ask for a raise. The people are the boss, and I believe that this should go to the voters for a decision. Thankfully, we are already planning to call a special election in November 2023 to address city charter changes. If we want an increase to this level, let the voters decide, and we can change the charter so that anytime in the future that the council wants a raise, it must go to the voters.

The reason for the special election already being planned for next fall is to address other large concerns. For one, the signature count to get on the ballot is excessive. This year, it required 1,602 valid signatures for the council and mayor to have their names on the ballot. This is far above any number of any city in the state. To run for council or mayor in Phoenix, it requires 1,000 signatures in a city of more than 1.6 million people. This year, even though 10 people pulled papers to run, only two were able to meet this high threshold, and now with four seats available, there are only two names on the ballot. The write-in candidates must receive 1,602 votes minimum to be elected. Even if they have a majority with 1,601 votes, they are not elected. This needs to change to create greater access for the job.

Other charter changes being considered include our extensive procurement process that is preventing us from quickly and efficiently getting projects completed. Another is to allow senior administration in the city to live outside city limits, as the charter currently requires senior officials to live within the city, which reduces the pool of qualified candidates who may want to apply for the position of deputy city manager, for example.

I believe that a special election focusing specifically on the City Charter will be in the best interest of the city, and let the voters decide on these important matters from salary to signature counts. FBN

Paul Deasy is the mayor of Flagstaff.