You are here: Home / Archives for Flagstaff City Counsil 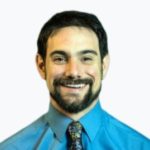 Council salaries are on the table for discussion right now. The proposal would increase councilmember salaries from $25,500 to $63,800 in just two years.  Mayor pay would increase from $38,500 to $70,180 in the same timeframe. Personally, I believe an increase of this magnitude should not be decided … END_OF_DOCUMENT_TOKEN_TO_BE_REPLACED

Monsoon season officially ended on Sept. 30, and at this point, I feel we should make this a new city holiday.  We faced such an unprecedented summer of wildfire and post-wildfire flooding, but the city is in full swing working on long-term mitigation strategies now that response efforts have … END_OF_DOCUMENT_TOKEN_TO_BE_REPLACED