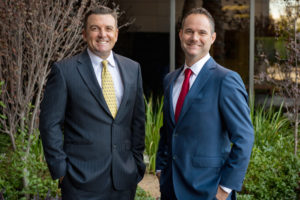 It is being billed as a once-in-a-lifetime opportunity.

One of the largest privately-owned parcels of land in Northern Arizona is currently in escrow and is scheduled to close this year.

The sale, and the proposed ambitious, multi-use development of the 500-acre parcel of land, is big news for the Old West town of Williams, 30 minutes west of Flagstaff.

The prime parcel is located downtown at Interstate 40 and Grand Canyon Blvd., and offers views of Bill Williams Mountain, the 35-acre Gonzales Lake and stands of pine trees.

The land is owned by Phoenix entrepreneur Max Biegert and is listed for $20 million. The sale is nearing the completion of a two-year marketing campaign, represented by principals Brent Moser and Mike Sutton of Lee & Associates Commercial Real Estate Services.

“Max is the man who resurrected the railroad in the late 1980s,” Moser explained. “He spent around $85,000,000 of his own cash on the railroad, engines, personnel and infrastructure. He subsequently built the Grand Canyon Railway Hotel. Max had a vision to build Williams into a national tourism destination.”

Biegert is continuing his vision for Williams with this sale to developers, who envision a new mini-master-planned community of custom homes and other housing options.

Negotiations are also underway with an undisclosed theme park entertainment design company to develop 85 acres of the land into a possible Western-themed story park, as well as other hospitality uses.

Williams is already a tourism destination, as evidenced by Bearizona, the drive-thru wildlife park that enticed 500,000 visitors in 2020 alone.

“The property is unique because of its size and scope in a very high barrier-to-entry market,” Moser said, primarily because the federal government owns “at least 90% of the land adjacent to I-40 in Coconino County.”

In fact, beginning in the 1800s, a large amount of land in Arizona has been owned by the federal government, with statistics showing that ownership hovering around 42%, primarily held for conservation and development of natural resources, grazing and recreation.

“A project of five to 10 acres would typically be considered large in Williams, to give you an idea of how big a 500-acre project would be for the area,” Moser said. “The project will consist of entertainment, hospitality and housing options across all price ranges.”

About 90 acres of the total parcel will be designated as Low Density Residential (LDR) and used for private custom lots that will be elevated about 100 feet over the lake and available for purchase by the general public.

A project of this magnitude, with such substantial acreage, has never been master planned for mixed-use development in Williams, Moser noted.

“Excited does not do justice for our feelings on this project,” he said. “This is a once-in-a-lifetime opportunity to be involved with a project that is not only crucial for Williams and Coconino County but the entire state of Arizona. To keep the vast amounts of tourism dollars in our state and in the area is critical, in my opinion.”

The Western-themed story park is a “game changer for Arizona,” Moser said, and will help keep more Arizona dollars in the state, instead of losing them to other states for their themed attractions.

Details about the buyers and developers of the large parcel are not available at present, Moser said, and he is their spokesman for now.

“The team consists of a consortium, including businessmen from Wichita, Kansas and an Arizona-based investor/developer who has been active in Coconino County for close to 30 years. The LLC purchasing the property is named Kansas Development.”

The long-term goal of this project would be to help solidify and grow the tourism economy of Williams and the greater Flagstaff area.

“It has the potential to be a catalyst for economic prosperity in Williams by galvanizing area hoteliers, merchants and restaurants,” Moser said. “We believe the entertainment component will help to grow the average Williams tourist stay from approximately 1.5 days to three days, which will be a boon for Coconino County.”

The need for housing is really the driving force behind the project, Moser said, and the process has begun to get all the approvals and entitlements in place, with the goal of breaking ground in early 2022.

Moser is an Arizona native who lives in Phoenix.

“As a teenager, I was actually on one of the initial voyages of the Grand Canyon Railroad,” he said. “Mike and I work all over the state of Arizona, including current activity in the Flagstaff area.”

Additional details about the project are expected to be released in the coming months. FBN