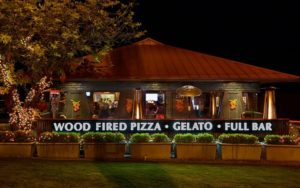 Sedona Chef Lisa Dahl, owner and executive chef of Dahl Restaurant Group, is expanding her restaurant concepts with the debut of a “couture-burger lounge,” Butterfly Burger, and a second location for her fast-casual, wood-fired pizzeria, Pisa Lisa.
Both restaurants will be located in the Village of Oak Creek within Sedona Vista Village, a redevelopment project currently underway by Martin Aronson, who is transforming the former outlet center into a mixed-use destination with restaurants, retail and a new 120-room hotel, Element by Westin.
“The Village of Oak Creek is the gateway to Sedona and it’s long overdue for a culinary identity all its own,” said Dahl. “When I opened Cucina Rustica in The Village 15 years ago, it was the only fine-dining option in the area. Today, it’s more popular than ever and we’re outpacing our numbers year after year. There’s huge demand for more dining options in the area and I’m excited to further our presence in the community.”
Dahl is one of the country’s leading female chefs and restaurateurs who has pioneered the culinary scene in Sedona for more than 20 years. A James Beard House-featured chef and completely self-taught, Dahl is widely credited for Sedona’s recent emergence as a national “foodie destination.” Dahl introduced fine dining to Sedona in the late ‘90s with the opening of Dahl & Di Luca and has since expanded to become the largest restaurant group in the area with accolades spanning the culinary spectrum. Today, she also runs Cucina Rustica, Pisa Lisa and Mariposa Latin Inspired Grill.
Butterfly Burger will be a 2,000-square-foot restaurant offering fast-casual service within a chic, high-end environment. The menu will feature close to a dozen of Dahl’s award-winning burgers such as the Funghi Sublime, smothered in sautéed mushrooms and finished with imported truffle gouda and truffle dijonnaise; the Chimi Burger, a Black Angus beef burger with white cheddar, louis remoulade sauce, shredded romaine and crispy onion strings; and The Hipster Burger, a vegan’s dream, made from lentil and walnuts with green goddess salad, roasted tomato and pimentón aioli. The menu will also include robust salads and side dishes like Parmesan Dusted Duck-Fat Fries; Quinoa Tabouli; Mediterranean Orecchiette Pasta Salad; Mariposa Gold Yukon Potato Salad and more. Butterfly Burger will be home to a dozen signature sauces, which Dahl plans to roll out in specialty grocery stores later this year.
Dahl has long been considered a “grill master,” with multiple wins under her belt from Scottsdale Culinary Festival’s annual Burger Battle. This year, she took home the top title of Judge’s Choice Award for her Funghi Sublime, giving her the “golden ticket” to advance to the World Food Championships.
The second Pisa Lisa location will be 3,500 square feet and similar in style and menu to the original, located in West Sedona. Pisa Lisa offers wood-fired pizzas, organic salads, tapas and homemade gelato within an eclectic setting that pays homage to Dahl’s love of rock ‘n roll.
Phoenix-based Brick & West Design, owned by Michael Rumpeltin, is leading the architectural design of the restaurants. Rumpeltin is responsible for designing some of the Valley’s most popular restaurants including Mora Italian, Postino, Sam Fox’s The Yard, Joyride Taco House and Culinary Dropout.
Beyond these two new restaurants, Dahl has her sights set on expansion into other parts of the state, and potentially across the country. Construction on both restaurants will begin this summer with openings expected in early 2019. FBN

Bad to the Bone
Creating the Environment to Deliver Healthcare Excellence