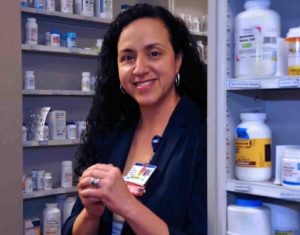 Some consumers report skimping on medicine to stretch their dollar

For cash paying consumers or those with high deductible health plans, the cost of prescription medications may add to the pain and discomfort of a disease or illness.

Fifty percent of the U.S. public reported taking prescription medicines at the time of a Kaiser Family Foundation Health Tracking Poll conducted June 2 through 9, 2015. About 25 percent of that group said they or a family member decided not to fill a prescription in the previous 12 months because of the cost. Cutting pills in half or skipping doses were mentioned by 18 percent for the same reason. Among poorer households, one-third of those polled said that affording prescriptions was “difficult,” compared to 21 percent overall.
Similar findings were substantiated through polling by Consumer Reports Best Buy Drugs.

That research showed that “45 percent of people regularly take a prescription drug, and on average, take between four and five medications.”
The Kaiser foundation also reported that 73 percent of polled consumers characterized prescription drug costs as “unreasonable.” Regarding causes for those perceived excessive costs, 76 percent identified pharmaceutical companies as setting the price too high, while 10 percent cited health insurance companies as requiring people to pay too much of the cost for prescriptions.

“There are multiple factors that have caused the fairly steep rise in some prescription medications,” according to Yari Valle, PharmD, manager for Northern Arizona Healthcare Outpatient Pharmacy. Among them, she cites “drug manufacturers setting their own prices, a patent system which delays the introduction of generic equivalents, the timeframe it takes the FDA to approve generic equivalents and limited competition and drug shortages.”

The rapid rise in drug costs is illustrated by the Health Affairs Blog, which quotes the average annual cost of cancer drugs rising from about $10,000 before 2000 to more than $100,000 by 2012. Prices for new FDA-approved specialty medicines also reportedly generated shock waves when introduced. Examples from the blog include a multiple sclerosis drug commanding nearly $55,000 per patient per year; a hepatitis C treatment of $84,000 for a single patient; and a cystic fibrosis prescription priced at $259,000 a year.

Americans paid $424 billion before discounts for prescription drugs in 2015, according to Consumer Reports. The source of that data was a report from IMS Institute for Healthcare Infomatics, a pharmaceutical industry tracking firm. The magazine’s own Consumer Reports Best Buy Drugs poll in March 2016 estimated that about 32 million Americans faced price hikes in prescription medicines averaging $63 in the previous 12 months.

Among older Americans, more than nine in 10 people over 50 support allowing Medicare to negotiate for lower drug prices and “a large majority” say it should be legal for Americans to purchase prescription drugs in Canada and Europe. More than eight in 10 survey participants “think that drug companies make too much profit and that they should be required to publicly explain how they price their products.” Those statistics originate from a December 2015 survey conducted by GfK for the American Association of Retired Persons (AARP).
“The prediction is for prices to continue going up, since it takes time to change the factors that have caused the increase in cost,” Valle stated. “Also, we are seeing an increase in the use of specialty medications, causing medication costs to go up.”

Supporting documentation for the Safe and Affordable Drugs From Canada Act states that 16.7 percent of all health care spending in the country during 2015 went for prescription medications. Under that lawmaking, individuals would be permitted to import a personal supply of prescription drugs from an approved Canadian pharmacy and dispensed by a licensed pharmacist into the United States. U.S. Senator John McCain has been a co-sponsor of such legislation, which has been referred to committee.

Each brand name drug costs almost a billion dollars to bring to market, according to Jason Dykstra, pharmacist and owner of Chino Valley Pharmacy in the Quad Cities.

“That’s why we see large price tags on brand name medications,” Dykstra clarified. “They are cutting edge, often new avenues of therapy, and with pharmaceutical representatives pushing [them], they gain popularity. There are not many brand name medications costing less than $100 a month and many sell in excess of $300 a month.”

For insurance companies, those price points could total $1,200 to more than $3,600 a year per person per medication, he noted. “This is the reason you see such high premiums for brand name medications and largely why pharmacy copays and costs are rising to patients.”
Valle offers several recommendations to “help consumers ease the burden of prescription prices”:
• Request generic equivalents, if available.
• Educate yourself about insurance choices and choose a plan that covers the medications you currently are taking.
• Shop around for prices if you have no insurance for medications and are paying cash for prescriptions. Some pharmacies offer a $4 list and many are willing to match the lowest price if possible.
• Engage in a conversation with your pharmacist or your medical provider about available alternatives.
• Search online for manufacturers’ coupons and companies such as GoodRx, which provide cash comparison prices on FDA-approved medicines and can offer discounts.
“Patients should talk with a pharmacist and let them know if they are having issues affording their medications,” Valle suggested. “In some cases, pharmacists are able to suggest cheaper alternatives or recommend a medication that may take care of multiple health conditions.” FBN

2 Responses to Dealing with the Rising Cost of Prescription Drugs