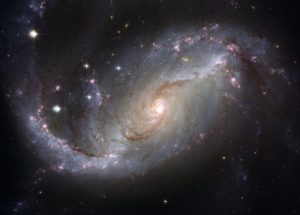 Just as Lowell Observatory invited the public to experience the new Giovale Open Deck Observatory (GODO) starting this month, with its glowing educational exhibits and first-of-its-kind collection of six advanced telescopes, plans about the next phase of the master plan, a $29 million Astronomy Discovery Center (ADC), are coming into focus.

Lowell Deputy Director for Marketing and Communications Danielle Adams says the ambitious three-story construction project is expected to be completed in just four years as the observatory strives to be among the best science centers in the world. She notes the idea for the $4 million GODO was conceived two years ago and built in the last 12 months.

“It will be a unique location for viewing at 7,000 feet under Flagstaff’s famously dark skies and unparalleled in its focus on astronomy, compared to large, multi-disciplined science centers that currently exist,” she said, describing the growing observatory campus, where the first evidence of the expanding Universe was discovered in 1912.

Plans for the ADC call for the Universe Theater, an auditorium that will seat some 200 people for presentations and feature a wrap-around screen. It will also include a children’s exhibit area designed for ages three to 10, a café serving quick-service food, and an open-air Dark Sky Planetarium where guests can recline on heated seats no matter the season and view the sky directly above them. The center will also feature a Dark Adaptation Chamber, where guests’ eyes can adjust as the light dims, a grand staircase leading to the second level, and a garden and outdoor Discovery Plaza available for private functions.

“With the ability to create different backdrops in the Universe Theater, you could get married on Mars!” said Lowell Technical Project Manager David Sawyer.

“We are continually striving to enhance the visitor experience,” said Lowell Historian Kevin Schindler. “The new café, for example, will be a wonderful addition for those who’d like to stay all day and into the night exploring the Universe.”

Work has already begun on Mars Hill to prepare for new roads, parking and a loop trail that will link the center to the GODO and other attractions on the Lowell campus.

Half of the funding needed for the 32,000-square-foot state-of-the-art facility was donated recently by the Kemper and Ethel Marley Foundation. This $14.5 million gift follows the organization’s earlier grant of $1.4 million in 2017 to support astronomical research at the Discovery Channel Telescope and long-range master planning efforts.

Sawyer says once the ADC opens, the Steele Visitor Center, which the observatory has outgrown with visitation topping 100,000 last year, will be renovated to create classrooms and a modern lecture hall.

Lowell Director Jeff Hall has long promoted the observatory’s mission, which includes astronomical research as well as public education. “This is a very exciting time. We will be thrilled to have a more expansive and cutting edge facility with which to share the wonders of our fascinating Universe and to inspire millions about science and technology; residents will have this world-class learning center in their backyard; and the City of Flagstaff and local businesses will experience the benefits of more visitors seeking astrotourism experiences.”

Based on current tourist spending figures from Discover Flagstaff, Hall expects the ADC to attract more than 200,000 people each year and generate at least $1 million to $2 million more annually for the city from increased visitation. FBN

For more information about Lowell Observatory’s Astronomy Discovery Center, listen to On the Grid at FlagstaffBusinessNews.com.