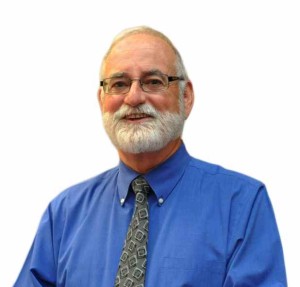 Many years from now, when Philip “Jay” McCarthy Jr. looks back over his legal career, he can be confident that he has done what he set out to do – to help children and families.

McCarthy is an attorney with his law firm, McCathyWeston P.L.L.C. in Flagstaff, where he works with his friend and law partner, Duane Weston. The law firm’s emphasis is adoption law, family law, business law and real estate matters. He is licensed to practice law in Arizona, Nebraska, Missouri and Alaska. He also is licensed to appear before the Navajo Nation, White Mountain Apache, Yavapai-Apache and Hopi tribal courts.

His law career has always involved the representation of children and families and often Native American children.

After graduation from law school, his first job was as a staff attorney for the Southeast Missouri Legal Services is 1985. Then, he moved to Alaska, where he later became deputy director of the State of Alaska, Office of Public Advocacy.

His girlfriend, Mariclaire Tomek, had moved to Alaska after college. “Truth be told, I went to Alaska because I missed her, and couldn’t live without her,” he said. “I started a law practice in Alaska. Our children were born there and Alaska was our home for 10 years.” They still have a 10-year-old cabin in McCarthy, Alaska.

The couple married and has two daughters, Emily and Kate, now 28 and 29. The McCarthy family moved to Flagstaff in 1990 when Jay and Mariclaire decided it was an excellent place to raise their children.

“I went to Northern Arizona University and we both love the size and diversity of Flagstaff,” he said.

Mariclaire is a nurse at Flagstaff Medical Center.

His two times before the U.S. Supreme Court began in 1989, when he represented the State of Alaska, National Association of Counsel for Children and National CASA Association in the case of Maryland vs. Craig.

He argued on behalf of children who had been abused to such a degree that it was not possible for them to testify in a traditional courtroom setting. McCarthy played a role in the U.S. Supreme Court’s upholding of the constitutionally of the child witness protection laws, which allow a child to testify by closed circuit television or other arrangements so the child does not have to face the defendant in a courtroom setting.

His second appearance before the Supreme Court was an adoption case involving an Indian child, who is 1.2 percent (3/256) Cherokee. “I participated and assisted in what was a very involved case that began in 2012 in South Carolina and eventually went to the U.S. Supreme Court in 2013. The case was referred to by the national media as the “Baby Veronica Case,” but is officially known as “Adoptive Couple vs. Baby Girl.”

In that case, McCarthy represented the American Academy of Adoption Attorneys. “The case involved a federal law, the Indian Welfare Act,” he said.

The adoption eventually was granted after the Supreme Court overruled the decision by the South Carolina Supreme Court.

On most days, his work is not so dramatic. He continues to work tirelessly for children and families through his law firm, which was established in 2005. He credits his law partner, Duane Weston, and their new addition to the firm, Jacquie Kozlik, for supporting him and being there to back him up.

Regarding his adoption practice, he said, “A lot of birth parents considering placing their child for adoption have had tragic lives and many times they have issues involving drugs and alcohol. Despite their difficulties, they understand that they can’t parent and they need help. They often have little self-respect and their personal relationships have not always been successful. It is rewarding to help them.”

His work does not go unnoticed; he has received numerous awards and national recognition. When asked about the accolades, he responds with humility: “There are many other attorneys who do so much more than I do for persons in need of legal assistance.”

Maybe, but McCarthy is the recipient of the American Bar Association/Young Lawyers Division 2000 Child Advocacy Law Award. He is also the recipient of the Arizona Bar Association 1996 Outstanding Pro Bono Attorney Award. In 2005, he received an Award of Merit from the National Center for Missing and Exploited Children for his commitment to the protection of children and knowledge of the Hague Convention on the Civil Aspects of International Child Abduction. In addition, McCarthy was recognized by the DNA (Dinébe’iiná Náhiiłna be Agha’diit’ahii) People’s Legal Service (Coconino County, Arizona) for his pro bono service. In 2010, he received recognition for his pro bono legal work from the National Legal Services Corporation. In 2013, McCarthy was a recipient of the Congressional Coalition on Adoption, Angels in Adoption Award. Also in 2013, he received the Volunteer Lawyers Program Pro Bono Award/Family Protection Attorney of the Year/Yavapai County. FBN

The firm, McCathyWeston P.L.L.C., is located at 508 N, Humphreys St. in Flagstaff. For more information, call 928-779-4252 or visit the website at www.mccarthyweston.com.