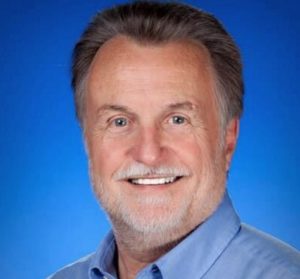 Paul Lancaster, who has been part of the Flagstaff Business News and Quad Cities Business News advertising team since 2010, died of cancer April 23, surrounded by his wife, Nancy, and family.

A friend to everyone he met, Paul leaves a void in Northern Arizona and in the local business community.

“Paul was a true gentleman in all occasions: genuine, honest and he loved his family dearly. I’m proud that I got to spend some time with him,” said Troy Bix, Flagstaff Business News co-publisher. Together, Bix and Lancaster worked to promote businesses in Flagstaff, Winslow, Sedona, Williams and the greater Prescott area.

Paul was raised in Winslow, when it was still a bustling railroad town. He began his media career in radio, where he worked in Winslow, Holbrook, Flagstaff, Tucson, Odessa, Texas and Los Angeles, often going by his on-air name Roger Collins.

Working as program director for KBZB in Odessa, Paul gave Shaun Holly his first radio job in 1969. Years later when Paul complimented Shaun on his management style, he replied, “I learned that from you,” a sentiment he often shared with Paul. “I wanted him to know what a difference he made for me during our 49 years of friendship.”

Meaningful relationships and professionalism are common themes woven through Paul’s 55-year career, along with a treasure chest of stories born out of radio’s heyday.

In the late 1970s and early 1980s, Los Angeles was the nation’s No. 1 radio market. Tim Kelly worked with Paul on KFI, along with other big names in Top 40, including John Rook. KFI was battling 93 KHJ for radio dominance. “Paul was always quick with a smile and a laugh that made you believe we were destined to win, which we did,” said Kelly. “He always had a twinkle in his eye like he knew something you didn’t and was roundly liked and respected by the entire KFI staff.”

During those days, Paul met Walter Egan, whose 1978 hit Magnet and Steel brought him fame. Paul was Egan’s instructor at the Los Angeles Broadcasting School. “He was a wonderful teacher and friend to me, and I still find myself recalling different lessons he presented about radio and the inside workings of the industry,” Egan said. 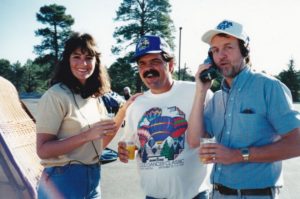 In Arizona, Paul was well known for his on-air work at Tucson stations KTKT and KRQ. In Flagstaff, his dulcet tones were heard on KZGL, KVNA and KMGN. He also worked for KAFF, KFLX and KSED. Along with his thousands of radio days, Paul owned Lancaster Enterprises, a media consulting agency.

Additionally, Paul worked closely with Jeff Saville, who owned the internet fulfillment company Direct Impressions from 2001-2003. When Saville was apprehensive about becoming a father, Paul took him to lunch and assured him that fatherhood would turn out well. “He taught me so many things during the years, but the most important lessons were to always have a Plan B, and always stay relevant,” said Saville, referring to Paul’s habit of mastering new technologies as soon as they emerged.

Greg Sampson, senior vice president of Alliance Bank of Arizona, met Paul more than 15 years ago. “He was always professional and attentive to the advertising needs that I had,” Sampson said. “He checked in with me regularly and I always enjoyed his visits; what started out as a business relationship became a friendship.”

Sampson added, “I will miss seeing him,” echoing a sentiment shared by many people, both locally and from afar.

More information about Paul’s life is available at gofundme.com/Paul-Lancaster. FBN

FBN contributor Theresa Bierer worked with Paul Lancaster in several capacities. Like many others, she is heartbroken by the loss of a dear friend and respected professional.

On the Grid – On Leadership and Life
Tuition Plan Protects Access, Enhances Investments in Student Success