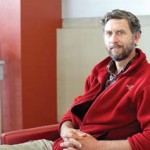 One of the largest tourism organizations in Northern Arizona has been undercover since 1983. The obscure entity brought 90,000 clients to the region in the past 27 years. Currently, an average of 5,300 visitors per year come because of this unseen promoter of Northern Arizona. Every year, they stealthily book 16,000 hotel rooms and 70,000 meals in our area. Their direct revenues (over $4 million in fiscal year 2009) certainly impact our local economy.

Why is a business that provides services to so many tourists not on our radar? Can you even name this organization? Hint: it sounds like "explore" and rhymes with "veritas," the Latin word for "truth." It is Exploritas, the not-for-profit world leader in lifelong learning and educational travel that was formerly known as ElderHostel. Exploritas offers, to people over 21 years of age, all-inclusive educational adventures that include meals, lodging, guides or lecturers, and even tips.

The self-funded program relies on program tuition for operating expenses and does not have a traditional brick and mortar storefront. Its offices are hidden away in the dark recesses of the W. A. Franke College of Business at Northern Arizona University. As an NAU auxiliary program, it does little local advertising, and so many businesspeople in Northern Arizona do not realize its economic impact.

"Exploritas people have a lot of choices. If they didn't come here, they'd go somewhere else," said Rich Stephens, Director of Exploritas at NAU. "We're doing our best to bring them here.

"We offer 70 distinct programs that primarily cover themes of Native culture and natural history. But we also have specialty programs where participants learn computer skills such as Photoshop, spend a week with a professional photographer, spend a week in Sedona learning watercolor, or study astronomy with scientists from Lowell and Naval Observatories," he said.

Flagstaff's Exploritas offers more programs and attracts more participants than any other Exploritas organization in the country. Exploritas visitors represent a unique community of adults united under a commitment to lifelong learning. "In the course of a year, we average 250 launches of programs, with the average being eight per week during our busy months of March, April, May, September and October," said Stephens.

Stephens heads up a team of 32 people who get the work done. Seven full-time and five part-time people man the Flagstaff office, while twenty employees are situated in other parts of Northern Arizona. "We also have 220 people in Northern Arizona who are on a contract basis to provide lectures and lead trips for our programs," added Stephens.

"[Because] many of our programs take place in rural areas, especially on the reservations, our programs are providing incremental income and commerce to areas much in need." Canyon de Chelly, Monument Valley, Marble Canyon, Williams, Page and Hopi are areas where Exploritas has significant impact.  In town, Exploritas increases the occupancy rate at La Quinta Inn and Suites in Flagstaff and Village of Oak Creek, and at Poco Diablo Resort and Super 8 in Sedona. It helps boost sales at restaurants such as Pesto Brothers, Coco's, Casa Bonita in Flagstaff and the Golden Goose Café & Bistro, Café Jose's and Mulligan's in the Sedona area.

"Part of the economic development story is sustainability," said Stevens. "Our focus is in sustainable tourism. Hotels are part of a high-impact industry. To reduce usage of water, soaps and chemicals, we ask our hotel partners to reduce linen service to once every five days. Now, if a customer asks us to increase that, we will. We hire locals and the money spreads between the artists, lecturers, street side vendors and others. We showcase the beauty of the local areas. We are truly set up on a sustainable model."

According to Ronald Gunderson Ph.D., professor of economics at NAU, direct expenditures can be multiplied by 1.82 to derive indirect economic impact that arises out of the multiple times each dollar is spent in the local area. For each dollar spent, an additional 82 cents is generated through the continued spending and re-spending of the dollar throughout the community.

With all factors combined, the Exploritas program's economic impact on Northern Arizona is an estimated $10 million. Pretty impressive for a program that not many can name! FBN