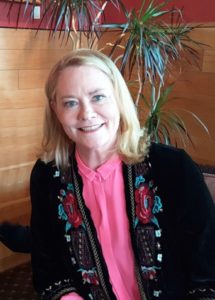 Born and raised in Memphis, Tennessee, Cybill Shepherd has always been a beauty, but her dad made sure she would also be tough. “My father played football. He was a big man. He taught me to play football in the front yard,” she said to news media representatives on the live-stream set of the Sedona International Film Festival last month. “What did that do for me? It made me really tough. So, nobody ever messed with me.”

At 68 years old and fresh off the filming of “Rose,” Shepherd shows her strength, both off and on screen. Her character, Rose, is an ex-cop and widow diagnosed with a life-threatening disease who takes a solo adventure across the Southwest in a motorized wheelchair. While making the movie, she also faced a dangerous health scare, a gallbladder attack.

“I tell you, they have a great hospital in Truth or Consequences, New Mexico, where a doctor from South Korea saved my life. And a doctor from Prague took the stitches out,” she said in an interview with FBN. “And the reason I survived today was because we pay these doctors for regional training to go to these small hospitals. So, I’m very fortunate to be alive. And my doctor back in Los Angeles said, ‘You’ve got to take off at least four weeks.’ Hell, I had to finish that movie!”

Shepherd talked about “Rose,” written and directed by Rod McCall, during the Sedona International Film Festival in March. “This is a very important film for me. I attached myself to it eight or nine years ago.”

She says she enjoys Sedona for its red rock beauty and “magic.” She described walking in the footsteps of one of her spiritual guides, a woman named Malka, on a previous visit.

Shepherd’s commitment to her beliefs and projects has been a theme throughout her life. “I felt that I was responsible to stand up for the things that I believed in. For instance, the first job, volunteer job, I had in New York City was stuffing envelopes for Planned Parenthood. And I’ve marched twice for choice and once for gay and lesbian rights. My mother, in the last 10 years of years of her life, made me promise to not lead another march. She was frightened. She’s passed now, I had her a long time, though, she was 87.”

Despite her promise, Shepherd says she may lead another march, this time to save the Clayborn Temple in her hometown of Memphis. The building represented an important civil rights site where Martin Luther King, Jr. preached during the end of his life. It was listed on the National Register of Historic Places in 1979 for local architectural significance.

She was instrumental in the effort to preserve and restore The Orpheum Theater, in downtown Memphis. It was on the main street of black America where W. C. Handy was the first person to write down the blues, she says.

The actress, singer, author, pageant queen and former teen model got her start in the entertainment industry when director Peter Bogdanovich’s then-wife, Polly Platt, saw her on the cover of a 1970 issue of Glamour and suggested her husband cast her in the role of Jacy Farrow in “The Last Picture Show,” (Bogdanovich and Shepherd later became a couple).

Since then she’s starred in a long list of movies, including “Taxi Driver” with Robert De Niro, and television series like “Moonlighting” with Bruce Willis and “Cybill” with Christine Baranski.

Who do you admire?

“There was a woman named Myrtle Gray Boone. She was a woman of color and she came to work for me. She had 13 children of her own with the same man, a porter on the railroad. You know, everybody can kind of be re-mothered again, re-grandmothered again, even though you love your mother and grandmother, and she was that for me. I’ll be buried next to her when I die in Memphis. I’ve got the plot all picked out. Somebody said to me, “It’s a lot less expensive to send ashes back, Cybill, than a dead body. And I said, ‘Yeah, it actually makes a lot of sense.’”

What won’t you do again?

“I don’t want to ride a horse again. I was an expert rider. The woman who taught Melanie Smith

[American equestrian and Olympic Gold medalist], her mother, taught me to ride. And one of the first things I learned is if a horse is falling, roll away from the horse. But I don’t get on horses anymore, I mean, I loved it. I did it. I don’t get on bicycles anymore. Hell, I fell down the stairs and broke my ankle. I have a steel plate and two screws in that ankle!”

Who gave you the best advice?

“I was wondering if I should do theater. Orson Wells was like the guest that never left the house that Peter Bogdanovich and I had. And he said, ‘Do theater, anywhere but L.A. and New York. Make sure they hear you in the last row and the audience will teach you what you need to know.’”

What is the secret to good acting?

“Rod McCall (“Rose”) is a great director. He gave me a piece of direction – the only other person who gave me that direction was Martin Scorsese (“Taxi Driver”) – and he said, ‘Do less. Do even less. Now, do even less.’ I try not to show acting on my face. It allows the audience to put their emotions there and not the actor.”

Do you have words of wisdom for living a good life?

“However you pray, and this could be any religion, branch out toward not just to the people you love and you know love you, but to the people that you don’t love – especially in the world right now.” FBN

Photo caption: “I’m from the South. We flirt for a living!” said actress Cybill Shepherd in Sedona last month.