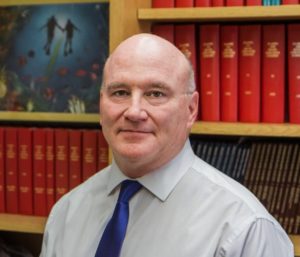 Cleft lip and cleft palate are openings or splits in the upper lip, the roof of the mouth (palate) or both. Cleft lip and cleft palate occur when the tissues in an infant’s face and mouth don’t fuse properly. Typically, the tissues fuse in the second and third months of pregnancy. When the fusion doesn’t happen or occurs only part way, the infant is born with an opening called a cleft. The condition can be very mild to very significant.

The conditions most often occur as isolated congenital disabilities but can be associated with inherited genetic conditions or syndromes. The Mayo Clinic reports that several factors may increase the likelihood of a baby developing a cleft lip and cleft palate, including:

Family history: There is a greater chance of clefting if a sibling, parent or relative has had the problem.

Exposure to certain substances during pregnancy: Cleft lip and cleft palate may be more likely to occur in pregnant women who smoke cigarettes, drink alcohol or take certain medications.

Having diabetes: There is some evidence that women diagnosed with diabetes before pregnancy may have an increased risk of having a baby with a cleft lip with or without a cleft palate.

Being obese during pregnancy: There is some evidence that babies born to obese women may have increased risk of cleft lip and palate.

Having a baby born with a cleft can be upsetting, but cleft lip and cleft palate can be corrected. In most babies, a series of surgeries can restore normal function and achieve a more normal appearance with minimal scarring. Surgery to repair a cleft palate is called palatoplasty. Surgery aims to improve the child’s ability to eat, speak and hear normally and to achieve a typical facial appearance.

The early intervention is advantageous because healing times are fast, the infant’s memory of the recovery process is short or not at all, and the area is pliable and more easily reconstructed. Also noteworthy is the fact that this early intervention is before any significant language development. If the surgery is performed after the age of three, speech skills may suffer.

Surgeries typically are performed in this order: Cleft lip repair – within the first three to six months of age; Cleft palate repair – by the age of 12 months; Follow-up surgeries — between age two and late teen years. The initial operation is performed in a hospital; the following surgeries may take place in a hospital or an outpatient surgery center like the Northern Arizona Surgery Center.

Treatment for a cleft lip and cleft palate may extend over several years and require several surgeries. Fortunately, most children affected by this condition experience significant improvement in their appearance, quality of life and ability to eat, breathe and talk. FBN

Jack Quigley, M.D., and his family have lived in Flagstaff for nearly 30 years, where he has worked as a surgeon. Originally, he was trained in trauma surgery, which gave him both the experience and passion for specializing in reconstruction and cosmetic surgery. For the last 27 years, Dr. Quigley has used his hands and expertise to care for thousands of patients. Nearly every year, he joins other surgeons and healthcare professionals as they journey outside the U.S. to perform life-saving and life-changing surgical interventions on children (many of which are cleft lip and cleft palate repair) and adults. These extraordinary doctors and nurses not only perform surgery at no cost to the patient, but they also pay all their expenses as well as pay the hospital and hospital staff for the time and space used.

In 1991, Dr. Quigley and Steven Lex, M.D., co-founded Plastic Surgeons of Northern Arizona in Flagstaff. The two board-certified surgeons met in Ohio in the 1980s while both were doing a general surgery residency. Recently, the practice has expanded, with offices throughout Northern Arizona and added two more board-certified surgeons – Patrick Cole, M.D., and Adam Boettcher, M.D., and other expert staff including a physician assistant, medical assistants, aestheticians and support staff.

For more information on Plastic Surgeons of Northern Arizona, visit PSNA.net or call 928-774-2300.