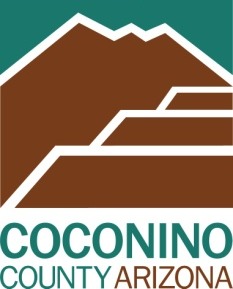 It is estimated that for every person counted in the Census, almost $3,000 in federal funding comes back to our communities. In 2000 and 2010, the Coconino County population was undercounted, costing the area millions of dollars. This resulted in the money for school lunch programs, transportation infrastructure and housing being appropriated to other parts of the country.
An incomplete count for the Census can have financial repercussions for the next 10 years. To ensure an accurate count for the 2020 Census, the Coconino County Board of Supervisors allocated resources and partnered with the City of Flagstaff to invest more than $300,000 to ensure that everyone in Coconino County is counted.
We have also been working for the last two years to prepare and build coalitions so “hard-to-reach populations” and every person living in the county are accounted for on April 1. There are many community partners that are invested in this effort, including Northern Arizona cities and towns, the Navajo Nation, Northern Arizona University, Mountain Line and Flagstaff Unified School District. Non-profit partners and private enterprises are also contributing to help spread the message.
In Coconino County, we are aware of the threats of catastrophic wildfire, potential flooding, snowstorms and other weather events. The county relies on federal grant funding to help prepare for these disasters. A complete 2020 Census count will ensure the county and other first responders have the necessary resources to train and respond to these threats.
Getting an accurate count in 2020 also ensures that the county is fairly represented at the state legislature and in the U.S. Congress. This allows people to have a larger voice in our government.
This year, there are three ways to participate in the Census. People can complete the Census online, by phone or by mail. Find instructions in your mailbox or learn more at iCount2020.info to complete the census.

We live in a great community with people who care about each other and participate in efforts like the Census. We hope that everyone not only completes the Census form, but helps spread the word about its importance and value to Northern Arizona.

Here are some key dates:

Kim Musselman is the director of Coconino County’s Special Initiatives.