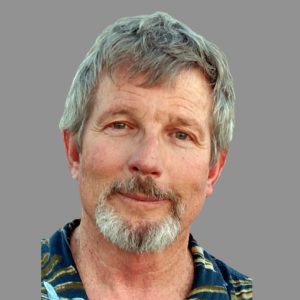 Hypnotherapy: Technically, hypnotherapy is the use of hypnosis therapeutically to resolve a mind-based issue. Most people know hypnosis as entertainment, “making” people quack like ducks; play imaginary instruments; be Elvis; feel as if it’s really cold, hot or their skin is crawling with ants; act like they are eating the best ice cream ever or accepting an Academy Award. Almost all of that is real. What is seen in movies and books is often false. People can’t get stuck in hypnosis, even if the hypnotherapist dies. People aren’t hypnotized to commit crimes. Most (all) of the sex-based/pornographic “hypnosis” acts are fake, using a willing “subject/volunteer” that is part of the act.

Hypnotherapists usually use techniques in addition to hypnosis. Some of these could be breathing, meditation, visualization, sensory stimulation, various focusing techniques, body awareness and movement. Sessions can be as few as one to usually a limited number.

Hypnotherapy is often used for issues that are clearly defined and negatively affecting the client in the present. Common issues would include: smoking, dieting, anxiety about testing or public speaking, procrastination, athletic and artistic concerns like writer’s block, bad habits, certain health issues such as chronic pain. The list is huge and incredibly varied.

Coaching can be thought of as a teaching and motivation activity. Everyone is familiar with athletic coaches – from Special Olympics to micro-soccer, all the way to professional sports and Olympic athletes. Coaches work with both individuals and teams. Coaches also work with business teams and individuals on specific issues or whole operations. There are also couples, test-taking, speech, singing, dance, acting, language, financial, meditation and many other kinds of coaches.

Coaching is often about working on skills and making plans now for the future. Coaching also can take place during an event itself. Coaching can happen over an extended period of time.

What type of certification does the person have? Does he or she have another type of license? What training and experience does the “coach” have? How long has he or she been practicing? Is there an area of specialty? What doesn’t the person do? Check out testimonials, reviews and ratings. Look at the individual’s website. Last, but most importantly, talk to the person before signing up. Does it feel comfortable, safe, with good communication?

Hypnotherapy and coaching can work perfectly together. A person sees a hypnotherapist to quit smoking. The smoke-free person then decides to get healthier by running a marathon. At that point, signing up with the right coach (individual or group) to set up a plan to meet that goal, including specific intermittent steps and timelines, makes it more likely to achieve the goal.

A student suffering from severe test anxiety sees a hypnotherapist, learns to overcome test anxiety as well as general stress and anxiety. That student, now feeling confident, wants to obtain a degree. A coach helps the student choose a school, a major, plan out the steps and make adjustments, even change schools or majors as things shift.

A person who has been incapacitated with chronic pain sees a hypnotherapist and learns techniques to control the pain. No longer incapacitated, the person wants to figure out what to do going forward. A coach could help with that.

The hypnotherapist and the coach could be different people or the same one. FBN

Don Berlyn is a practicing therapist and owner of Flagstaff Hypnotherapy and Coaching. For more information on hypnotherapy, coaching or anything related to using the power of your mind, reach him at 928-699-8263 or flaghypno@gmail.com. Consultations are always free! Sessions conducted in person, by phone and online. For more information, visit
FlagstaffHypnotherapy.com.